The Art of Excision

The Virus That Becomes Us

If cancer is the emperor of all maladies, HIV may be its faithful prince. HIV is a retrovirus, which means it embeds itself in the genomes of infected hosts, hijacking millions of years of human evolution to efficiently replicate itself and evade host immune systems. Because of HIV’s unique mechanism of infection and persistence, efforts to identify a true cure have fallen short despite billions of dollars of research sponsored by the public, private, and philanthropic sectors. UNAIDs estimates that over 30 million people have died of HIV-related complications since the start of the epidemic, and more than 38 million people are currently living with HIV under the constant specter of existing therapies failing to keep the virus at bay.

Modern antivirals, which focus on inhibiting enzymes and other critical components of the HIV replication cycle, are more effective and less toxic than ever before, but even in high concentrations and used in compliment, the HIV virus rebounds aggressively upon cessation of therapy. These antivirals, while much improved, are not without side effects and complications with long-term use. Further, since HIV is a fast-evolving virus, antivirals can become obsolete quickly if drug resistance emerges.

Through selective breeding, humans have been manipulating genomes in our environments for thousands of years, but it wasn’t until 1973 that we were able to insert exogenous DNA into an organism and demonstrate a phenotypic change. From the start of the genetic engineering revolution kicked off by this breakthrough, the idea of manipulating human genes in humans was the industry’s proverbial golden goose.

Accompanying the excitement from ideas like curing human diseases and improving agricultural production were fears ranging from pathogenic gain of function to social collapse driven by genetic inequality.

The first genetically modified organism was a bacterium, and it was from similar bacterium that CRISPR (clustered regularly interspaced short palindromic repeats) was discovered some four decades later.

Discussions of the promise of CRISPR and other in vivo gene editing technologies are often focused on modulating endogenous gene expression. Recent successes from companies like Verve and Editas, which are working on cures for genetic diseases, justify such focus. However, CRISPR can also be used to target unfriendly exogenous genetic material from viral interlopers… 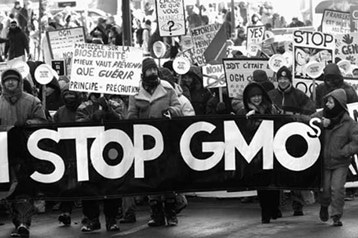 Instead of using CRISPR to knock out endogenous genes or deliver new genetic information to the human genome, Excision’s novel guides and cas enzymes are designed to “excise” embedded retroviral and other hard-to-access viral genetic materials in a highly specific manner. Returning CRISPR to its roots as a bacterial immune defense against viruses, Excision’s science may enable the safe and complete removal of functional viral genetic material from infected hosts, potentially unlocking true cures for currently uncurable viral infections.

We are thrilled to partner with the team at Excision BioTherpeutics to advance their CRISPR platform and help develop cures for high burden viral infections. The cost of gene therapies remains high given the limited industrialization of therapeutic constructs and delivery vectors, making most of the gene therapy pipeline out of reach of global public health purchasers. Adjuvant’s investment will support efforts to improve and scale-up manufacturing processes to reduce costs, and ultimately enable the deployment of these life-saving technologies to resource-limited settings. Let’s get to work!