Welcome back! Sorry it’s been a while since our last Field Notes, but we’ve been busy with two new investments in InDevR and Themis Bioscience!

Anyway, here’s some of what we’ve been reading the last few weeks. Hope you enjoy! 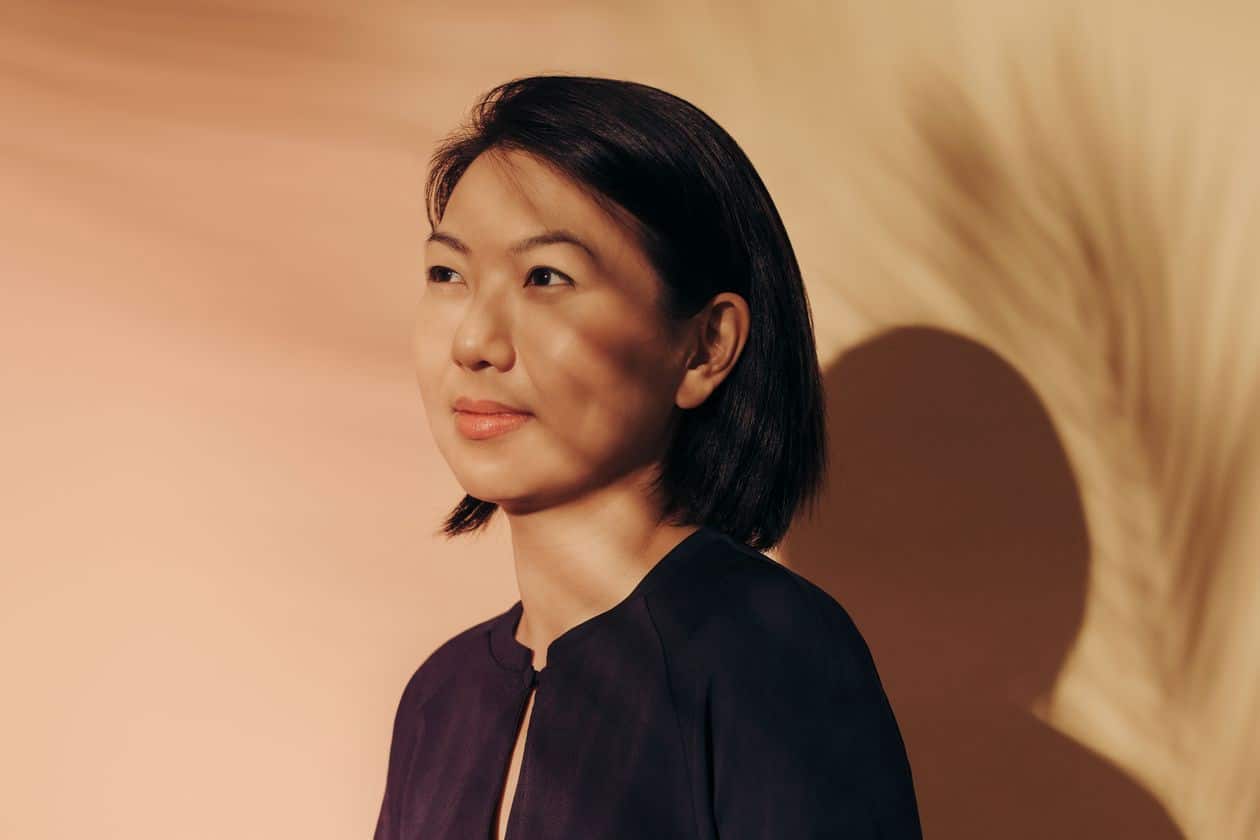 A Barron’s article from last week provides a great primer on some of the challenges faced by donors and investors in financing product development in global health, and the novel strategies that Adjuvant and other like-minded organizations are employing to drive innovation in the space. The piece includes an interview with Adjuvant’s own Jenny Yip (!!), as well as commentary on developing drugs for neglected diseases from Mark Sullivan, founder of Medicines Development for Global Health (MDGH) and a Venture Partner with our fund. Give it a read if you’re interested in thinking about some of the problems that we’re trying to tackle every day! 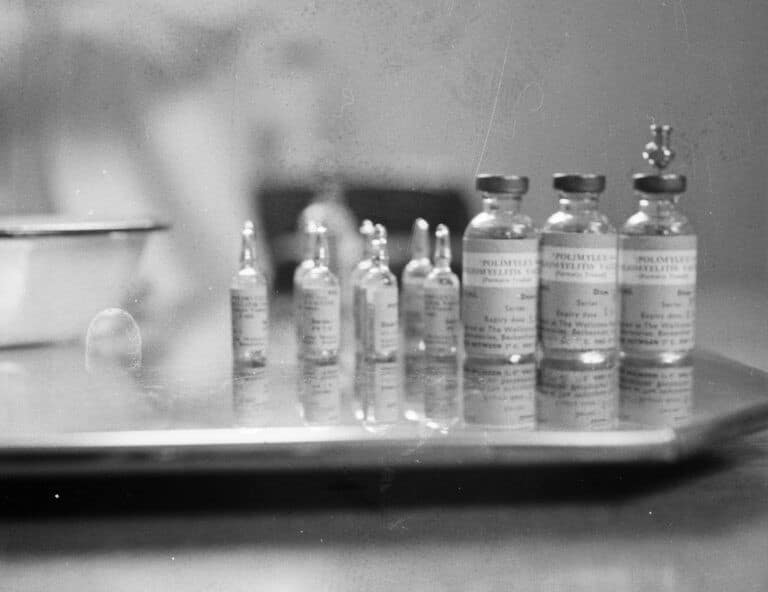 The move in 2016 to remove Type 2 protection from the polio vaccine was not without controversy. But it was ultimately decided that removing the Type 2 strain, which in a tiny fraction of cases can cause the very paralysis the vaccine is supposed to protect against, was worth the potential risks (in certain environments the live vaccine can revert to dangerous virulence by evolving away the mutations that attenuate it). Since Type 2 polio was considered to be eradicated, exposing infants to the potential risks of the Type 2 component of the vaccine was viewed by some as unethical. Two years later, some of the global health communities worst fears are coming to fruition:

In the year of the switch, there were only two children paralyzed — one in Pakistan, one in Nigeria — by type 2 vaccine-derived polio viruses. But the next year, the number rose to 96, in two countries. Last year there were 71 in five countries. To date in 2019, there have been 68, in 10 countries.

This piece in STAT gives a great overview of the issues at hand and how public health leaders are addressing these new outbreaks, reconsidering the switch, and working on new vaccines that are not at risk of reverting. 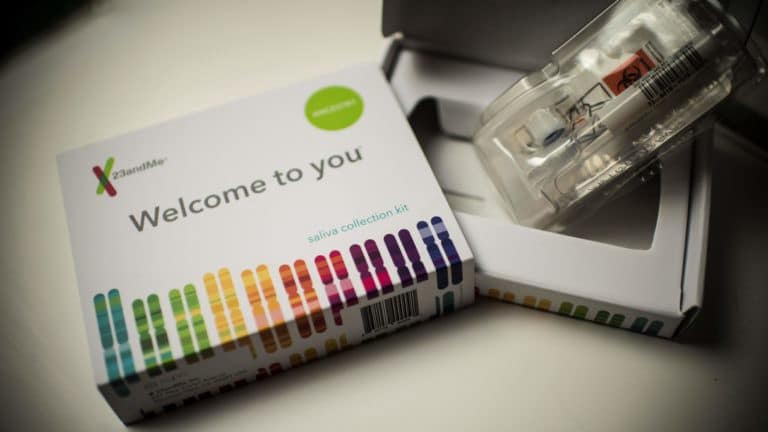 23andMe announced last week that it would move deeper into the business of clinical trial recruitment through a partnership with a start-up that helps match customers with nearby study sites based on their diseases, demographics, and DNA (informative STAT article). While this type of partnership could go a long way towards making clinical trial recruitment more efficient here in the U.S., it also highlights an age-old problem in global health: most of the drugs used to treat patients in the developed world were tested on predominantly white populations in the U.S. and Europe, and their safety and efficacy may be affected by genetic or environmental factors present only in the developing world. Innovation in clinical trial recruitment is direly needed to make the testing populations more inclusive and globally representative. 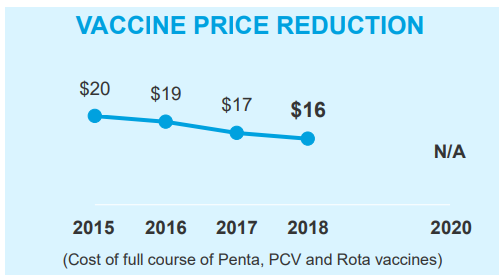 The above chart is from UNICEF’s 2019 Vaccine Industry Consultation, the Coachella (?) of global health vaccine supply conferences. While cheaper vaccine regimens might seem like a universally positive thing, it’s also interesting to consider how lowering prices affect market participation and innovation (topics UNICEF and GAVI frequently discuss). UNICEF has posted a bunch of great presentations from the conference, and this update on GAVI is particularly interesting. Happy browsing! 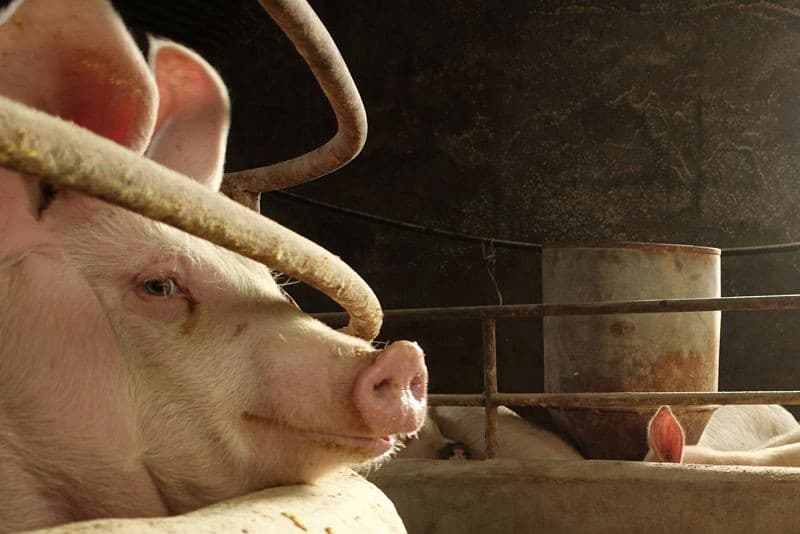 We get it, we raise the alarm about antimicrobial resistance (AMR) every week, but here’s a fresh spin on the problem. A recent study published in Science provides some of the first evidence that resistance is rising sharply not just in humans, but also in farm animals in low- and middle-income countries across Asia, Africa and South America. Meat production has risen sharply in these regions since 2000, fueled by more intensive farming practices, including the use of antibiotics in animals to promote growth and prevent infections. This not only poses a serious problem for food supply/security in these countries but also in developed countries that import meat from parts of the world where these hotspots have been found (Nature article here).

The White House recently issued an Executive Order that calls for action on a subtle but important national security issue: influenza vaccines. The order calls for broad-based “modernization” of influenza vaccines and the way they are manufactured, which could include, among other things, innovation in vaccine manufacturing to increase capacity in a pandemic, discovery of new adjuvants (!!) to increase vaccine efficacy, and development of novel testing technologies for potency and identification. Well, it just so happens that we recently closed a $7 million investment in InDevR Inc. to develop analytical testing technologies that exactly match the profile in the Order. Read more about it here! 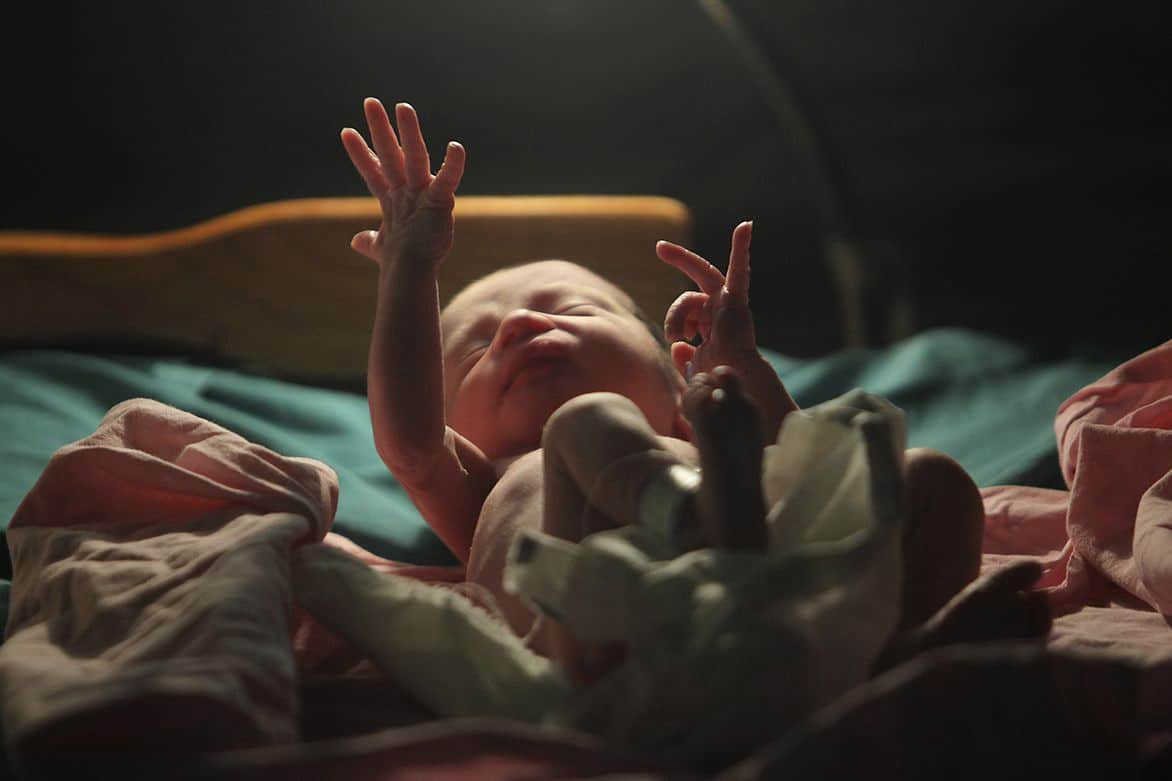 Do C-Sections Affect Your Child’s Health? The Answer is Beginning to Come into Focus

Researchers have theorized for years about the long-term impact of C-section delivery on a child’s health, primarily as it relates to the availability of certain microbes that are passed from mother-to-child during vaginal delivery and not through C-Section. These microbes are speculated to affect immune system development and growth, among a host of other factors. While we’re still a long way from a more rigorous hypothesis on these nature of these long-term effects, the findings from the largest-ever study on the subject suggest that how a baby is born has a profound impact on the composition of their microbiome (or the bacteria living in their gut), and offers the strongest evidence yet that children born through the vaginal canal carry different microbes from those delivered by caesarean section. Specifically, newborns delivered by c-section, the study found, tend to lack strains of gut bacteria found in healthy children and adults. Instead, their guts harbour harmful microbes that are common in hospitals. This is an area that we’ll be watching closely in the coming years, as discoveries in this space are likely to help shape our thinking around development of microbial interventions to benefit infants living in low- and middle-income countries.